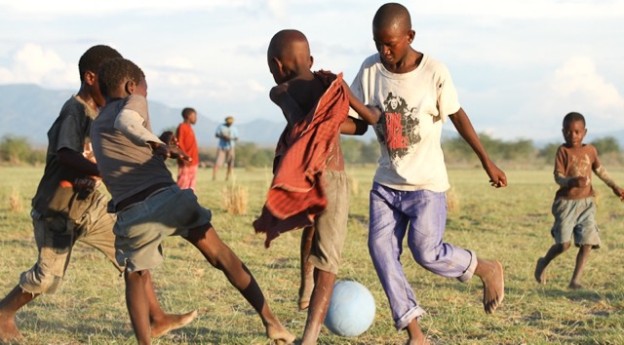 Pierre Esperaldo is thirteen years old, born and raised in Citè Soleil, Haiti. With 30 gangs fighting over 8.4 square miles of land, it is considered to be one of the most dangerous places on earth. In his own words, Pierre was a “street kid” who knew how to “cause trouble… make people scared ”. Like thousands of youths who grow up in areas without guidance, stability or hope, Pierre seemed destined to die an early death.

The One World Play Project helps kids like Pierre by exposing them to a newer, safer and more fulfilling way of life. Formerly the One World Futbol Project, One World Play supplies durable soccer and cricket balls to struggling communities in over 70 countries around the globe.

One World Play Project believes that sports and play are rights which no child should be denied. They hope that through sports, youths can develop physically, emotionally, and socially to better serve themselves and their communities. With help of founding sponsor Chevrolet, One World Play Project has distributed over one million balls worldwide—and promises to deliver at least half a million more.

One World Play wants to find people anywhere and everywhere through sport. Anyone can start a campaign, from supplying soccer balls to African children to empowering women in Vietnam.

With the help and support of his soccer coaches, Pierre eventually left his gang. He and his team recently traveled to Minnesota where they won the Schwan’s USA Cup. They continue to thrive on and off the soccer field, building lives apart from the dangerous world in which they were born.