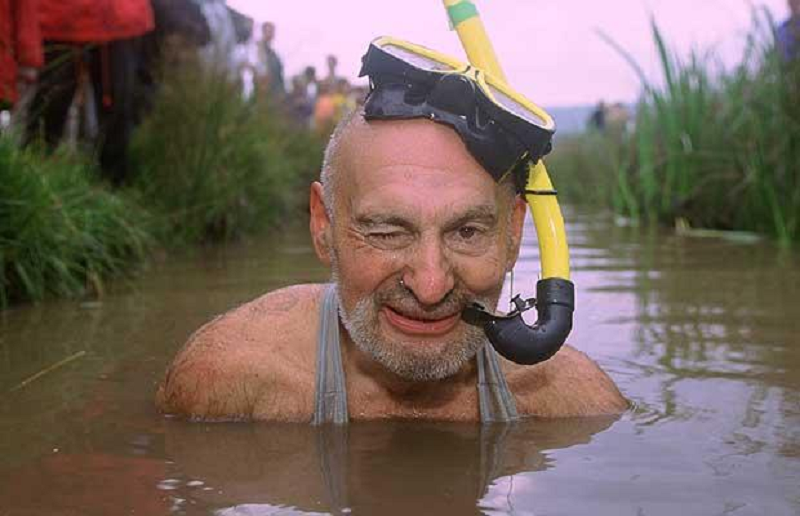 Llanwrytd Wells, Wales is home to a 60 foot bog complicated by its thick water filled with silt and reeds – a geographic feature most would consider a grotesque eyesore. However, the peculiar sport of bog snorkelling utilizes this bog to its full potential. Founded in 1976, the sport consists of a race across the treacherous bog, and continues to be a popular sport today.

Competitors must complete two consecutive laps of swimming through the 6 foot deep bog in the shortest possible time. Attempting to rapidly traverse the bog, each swimmer is permitted a snorkel, flippers, and a doggie paddle. They are not allowed to utilize traditional swimming strokes, but instead must only rely on flipper and paddle power.

The World Bog Snorkelling Championship was started in 1985 and is held annually in in August at the Waen Rhydd peat bog in Llanwyrtd Wells. The championship attracts more than 200 competitors from countries around the world including France, Germany, Australia, New Zealand, the United States, Canada, Mali, and Eire. Other recreational competitions also take place throughout the United Kingdom, Sweden, and Australia.