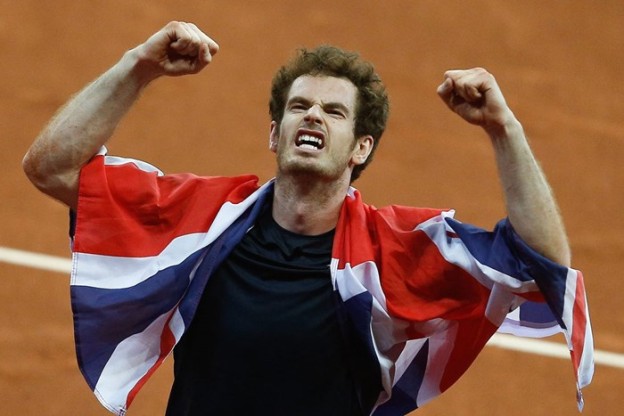 Away Games is pleased to welcome Will Bordell, commentator, linguist, and political analyst. His blog, “Our Political Will,” will appear occasionally at Away Games.

It’s no longer fashionable to wonder whether the latest Great British sporting achievement might—in fact—be the last. Yet as Andy Murray, a Scot in Saltire blue, chipped the ball delicately over the head of David Goffin to claim Britain’s first Davis Cup for 79 years, that insistent question was the only thing that returned. For the team of two Scots and two Englishmen had prevailed on Belgian soil, in the heartland of the European Union: the place that is likely to be pivotal in determining whether there will still be a British team at international championships like this in 79 years’ time.

The ‘Scottish question’ was answered over a year ago in a September 2014 referendum, with around 55 per cent of those north of Berwick-upon-Tweed voting to stay in the United Kingdom. Despite this, David Cameron’s election promise of a referendum on EU membership—prompted largely by Euroscepticism both within and to the right of his party—might ultimately energise a sizeable Scottish minority to initiate a new campaign of their own.

Should the campaign for Britain to remain in the EU falter next year, the ball will be very much on the Scottish National Party’s (SNP) side of the net. A broadly Europhile Scotland could well take issue with a momentous divorce from Brussels, if it turns out that English, Welsh and Northern Irish separatists are able to out-shout their Scottish counterparts. The vote, in other words, could go different ways in the different countries of the UK, which would only fuel the argument for Scottish self-determination. In breaking with the EU, the UK would also risk unmaking another union, one that’s lasted for over 300 years.

Given that membership of the pro-independence SNP jumped from just over 25,500 on the day of the referendum to 112,000 a year later, the result of any new vote might look like a foregone conclusion. But other once rock-solid assumptions have since crumbled, including former SNP leader Alex Salmond’s pledge that the price of North Sea oil—from which Scotland made £2.2 billion last year—would never fall below $113 per barrel. Oil has lingered at around $50 per barrel for long enough now that the Office for Budget Responsibility has recently forecast a fall of 94 per cent in revenues, to only £130 million, this year. Alistair Darling, chairman of the Better Together campaign in 2014, will feel vindicated—if nothing else—by these dire figures.

Economic actualities aside, nationalist enthusiasm in Scotland could well be enough to carry Nicola Sturgeon and the SNP over the line, were a fresh referendum to be triggered by a British exit from the EU. Such a sentence currently deals more in subjunctives than in realities. This time next year, that will no longer be the case. In more senses than one, Britain should take care that its European referendum doesn’t turn into a pantomime of itself, governed by misinformation and myopia. Because if Britain’s pro-Europe camp double faults, those like Murray may not be draping a Union Jack across their shoulders for very much longer.