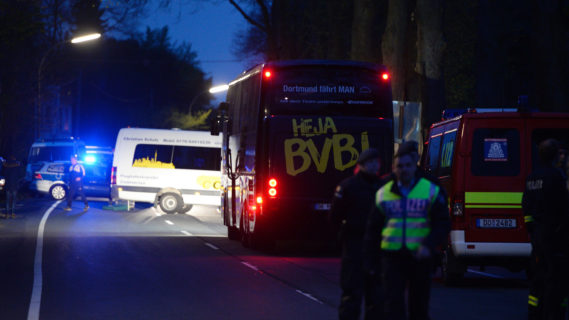 On Tuesday afternoon, just after it pulled out of a hotel in Dortmund, Germany, the Borussia Dortmund team bus was rocked by three explosions as it headed to the club’s Champions’ League quarterfinal against French club AS Monaco. One Borussia player–Spanish international Marc Batra–suffered a broken wrist. A German police officer was also slightly […]