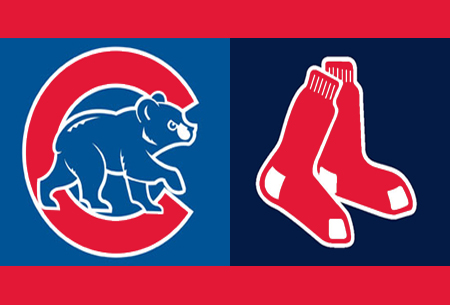 There were only two questions that were asked in my house when I was young. The first was why I couldn’t take school more seriously. The second was when was the next Chicago Cubs game. It seemed we watched the Cubs play every single day on television. It didn’t matter that we lived in California. The Cubs were our team, the only team that matters.

I fell in love with baseball, on tv, and also live. The crack of the bat, the smell of grease covered hot dogs, the stadium lights reflecting off of the red dirt. Baseball colored every corner of my life. I played Little League from the age of four until I was 15. Even my elementary school was baseball themed. But when it was time to choose a college, my family kept pushing me to look at schools in Boston. I never understood why. To me, Boston was too far away from home. And it didn’t exactly have the sunshine that California always delivered.

Despite this, I decided to visit and at least give the city a chance. The first place my father and I visited was Fenway Park for a Red Sox game. The moment I sat in the nicked red chair and the snap of the first pitch echoed past the Pesky Pole, I fell in love.

I fell in love with everything there was about Fenway; the history, the odor of overflowing beer cups, the deafening heckling in the stands. I had been to hundreds of baseball games in my life, but had only felt this same sense of awe when I visited Wrigley Field.

Seeing Fenway made me feel like I was watching a game in the same place, in the same way, as someone from 1912 would watch a game. In place of Mookie Betts and Xander Bogaerts, I could imagine the great Red Sox players walking up to the plate. Ted Williams, David Ortiz, and Carl Yastrzemski settled in the batter’s box to face off against Pedro Martinez, Roger Clemens, and Lefty Grove.

Back in the present, late in the 8th inning of a tie game, I turned to my father. “I want to live here,” I told him. He simply smiled, and nodded his head. “I know. Now watch the game.”

A stranger in a strange land, Ryan Kanne is a Cubs fan from California enrolled at Emerson College in Boston.